In the 1950s, North Beach became a gathering place for the Beat Generation, a group of writers, poets and intellectuals who rejected traditional societal standards and instead, went in search of their own values through personal experimentation and exploration. First meeting in New York, some traveled West including Jack Kerouac, Allen Ginsberg and Neal Cassady, three key figures of this literary movement. Although the Beats are gone, echoes of their time here and their words remain. 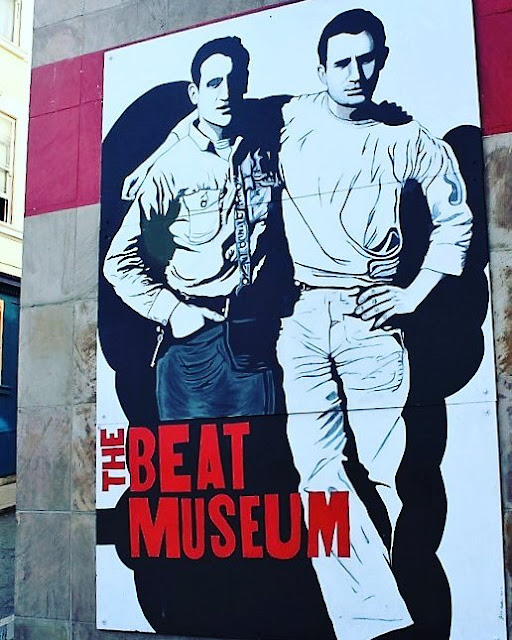 To learn more, visit the Beat Museum, a small museum and gift shop housed on two floors. The artifacts and memorabilia here include a copy of Ginsberg’s infamous poem, “Howl,” with edits made by him and a 1949 Hudson car similar to the one that Neal Cassady and Jack Kerouac drove on the journey that served as the basis for Kerouac’s iconic 1957 novel, “On the Road.”

Lawrence Ferlinghetti and Peter D. Martin opened City Lights Bookstore as an independent, politically and socially minded place in 1953. Two years later, Ferlinghetti founded City Lights Publishers with its Pocket Poet Series. In 1956, he published Ginsberg’s “Howl and Other Poems,” which stirred tremendous controversy. Today, its independent spirit continues and the selection includes books on poetry, philosophy and the arts.

After visiting City Lights, head to Jack Kerouac Alley, tucked between the bookstore and Vesuvio Cafe. Embedded in the walkway, a partial quote from Kerouac’s novel “On the Road” reads: “The air was soft, the stars so fine, the promise of every cobbled alley so great...” The tiny alley also contains quotes from Ferlinghetti, John Steinbeck, Confucius and Li Po. From here, you can also join the two-hour, North Beach Underground walking tour at 2 p.m., Wednesday and Sunday. Led by guides from Walk SF Tours, it takes visitors to the spots where members of the Beat Generation spent their time writing, drinking and living. It also covers other intriguing, historical aspects of the neighborhood.
Or pop into the Vesuvio Cafe, sit at the bar and have a drink in honor of the Beats, who used to frequent this Bohemian-style spot. It all started when Neal Cassady stopped by in 1955 on his way to attend a poetry reading at the Six Gallery. Jack Kerouac and other Beat writers followed.