Antic in a Drain presents the world premiere of "Tempting Fate," a production addressing the complex issues of climate change through satire.

Written and performed by Ross Travis, this one-man bouffon show features an array of climate-related characters. They range from a sustainable farmer, who used to work as an oil company executive, attending a Climate Changers Anonymous meeting, to Harpy, a mythical character with a foreboding message from the gods.

Travis is also the artistic director for Antic in a Drain, which combines bouffon and circus. It develops extreme characters and storytelling from the fringes as a way to spur dialogue about ignored or taboo social issues and bring about change in communities. Bouffon is a traditional, grotesque satirical form of physical theatre.

Posted by bayareaarts.blogspot.com at 4:51:00 PM No comments:


Posted by bayareaarts.blogspot.com at 4:58:00 PM No comments:

Christopher Chen’s “You Mean To Do Me Harm,” at San Francisco Playhouse through November 3

Christopher Chen’s provocative, jarring and compelling play, “You Mean To Do Me Harm,” centers upon a dinner party attended by two interracial couples. Despite all being witty, sophisticated urbanites, their casual conversation takes a disturbing turn and escalates into the real and the surreal, the actual and the imagined.
Directed by Bill English, the San Francisco Playhouse production stars Jomar Tagatac as Daniel, Katie Rubin as Lindsey, Charisse Loriaux as Samantha and Cassidy Brown as Ben.
-Stephanie Wright Hession

Left to right: Samantha (Charisse Loriaux), Ben (Cassidy Brown), Daniel (Jomar Tagatac) and Lindsey (Katie Rubin) in “You Mean to Do Me Harm” at the San Francisco Playhouse.


Posted by bayareaarts.blogspot.com at 7:46:00 PM No comments:

Stephen Sondheim’s “Sunday in the Park with George,” at San Francisco Playhouse through September 8 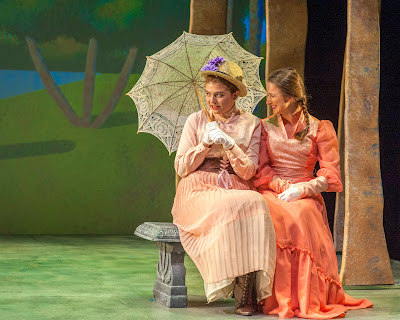 "The Song of the Nightingale: A Musical Fairy Tale," at Town Hall Theatre, Lafayette through October 21

Playwright Min Kahng's,"The Song of the Nightingale: A Musical Fairy Tale" at the Town Hall Theatre in Lafayette. Based upon a Hans Christian Andersen fairy tale, it's powerful, beautiful and deeply poignant. 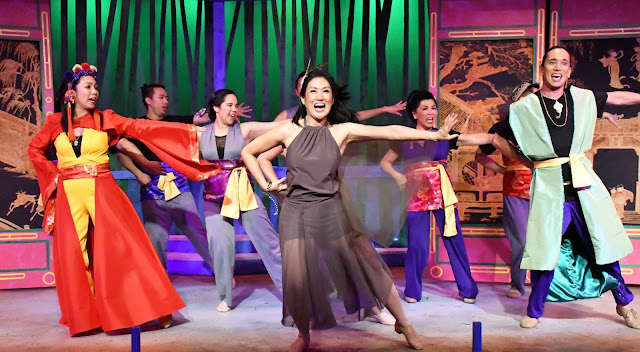 Foreground from left: Lisa Woo as Madame Wu, Pauli Amornkul as the Nightingale and Ted V. Bigornia as Bing Wen joined by the ensemble cast in "The Song of the Nightingale: A Musical Fairy Tale."

Posted by bayareaarts.blogspot.com at 7:20:00 PM No comments:

Turning off Highway 12 at the Quarryhill property in Glen Ellen, we rambled down a paved road flanked by vineyards, where a rafter of wild turkeys appeared and goldfinches chattered in the fields. 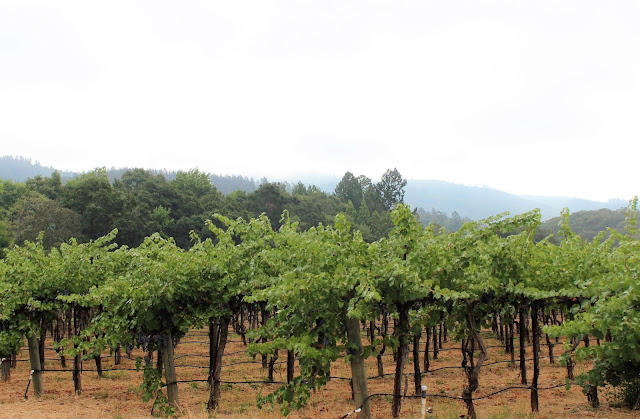 Just up ahead, we spied the guest cottage perched on a knoll. Next to its rustic front steps, gentle trickling sounds emitted from a small pond dotted with water lilies on its surface. Inside the living room, windows afforded views of oak trees draped with gauzy, lace lichen, hilltop vineyards, fields and woodland. 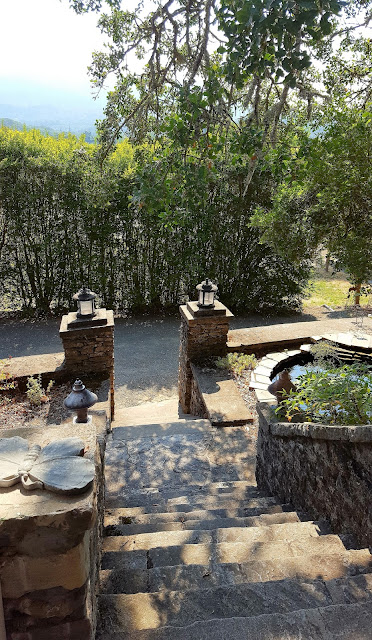 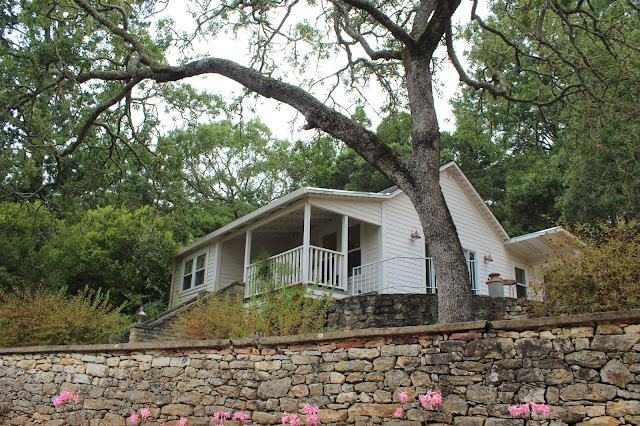 Vintage and antique objects adorned shelves throughout the airy space, which features a living room, kitchen with a window seat, dining room, two bedrooms and a bathroom with a bathtub. There's also a laundry room with a washer and dryer. 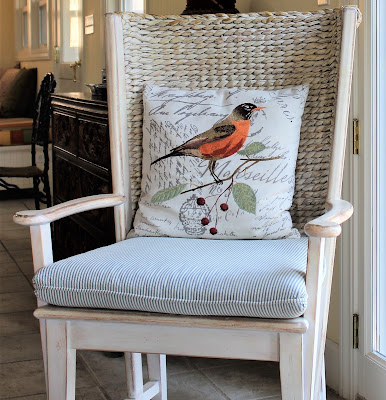 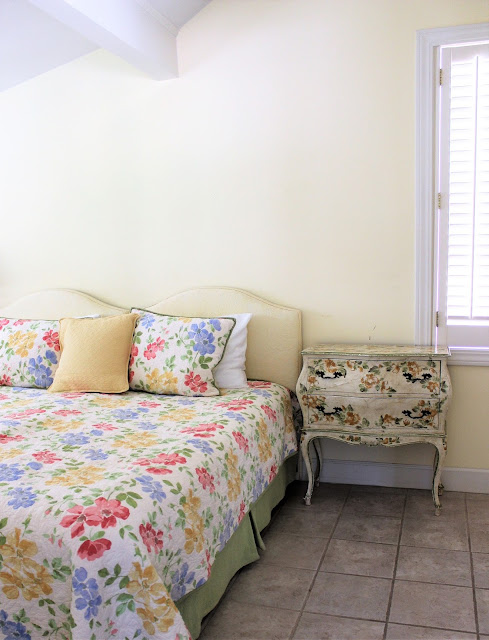 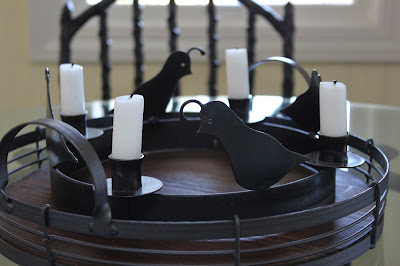 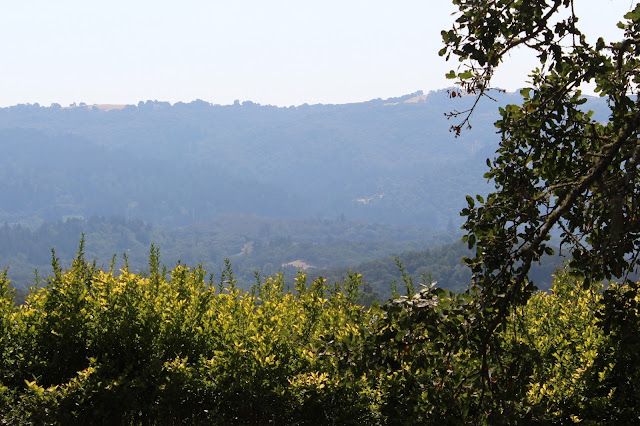 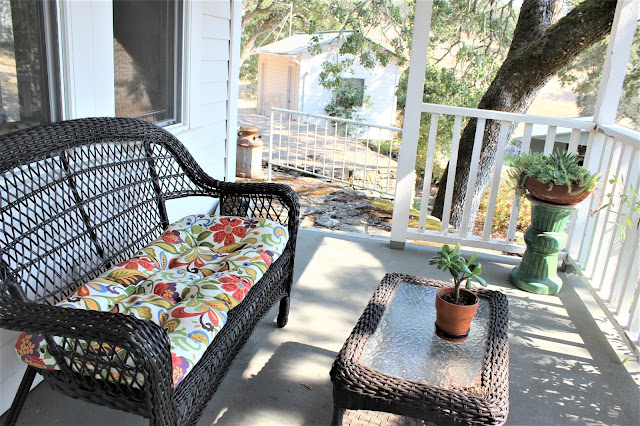 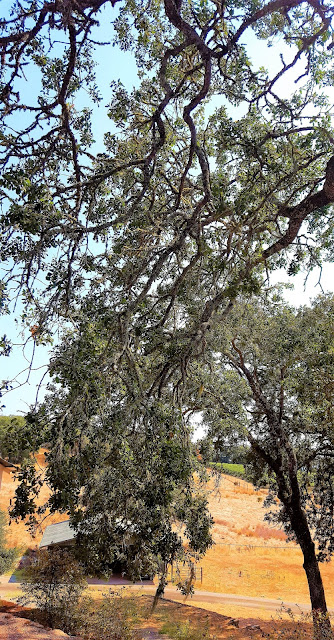 In the midst of this haven you'll find Quarryhill Botanical Garden, a lush, 25-acre Asian woodland. The flowering plants and trees grown here began as wild-sourced seeds collected during more than 20 annual expeditions to East Asia. 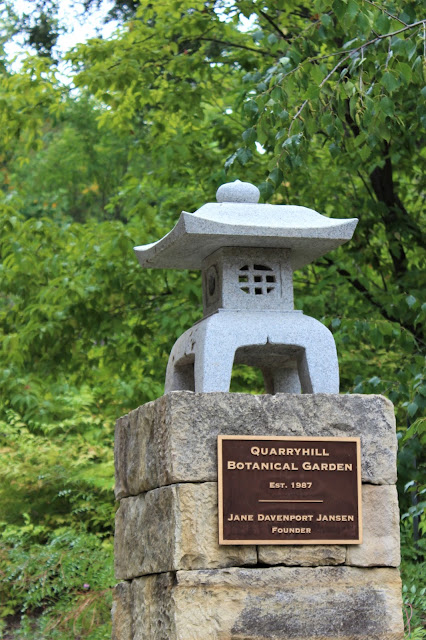 Among the walking paths, waterfalls and ponds you’ll find dogwoods, magnolias, lilies, roses, maples and much more. Open to the public, Quarryhill Botanical Garden offers self-guided tours or docent-led tours by advance reservation. It encourages visitors to meander, explore and enjoy lunch brought from home at one of the picnic tables in this peaceful, tranquil place. 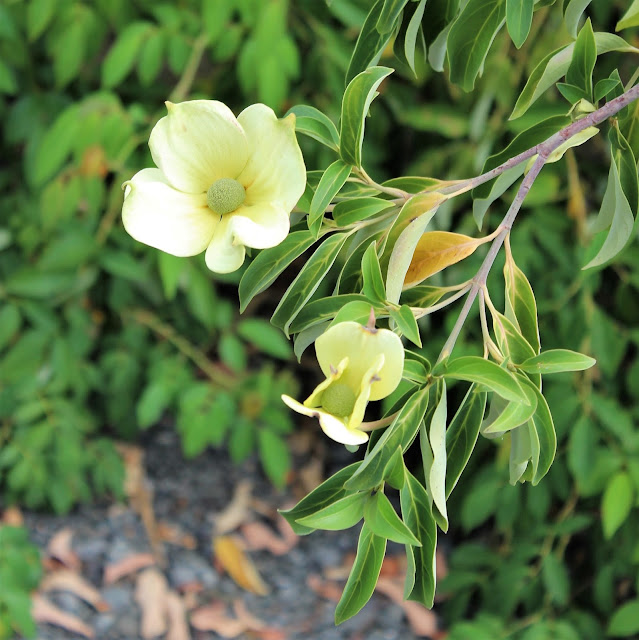 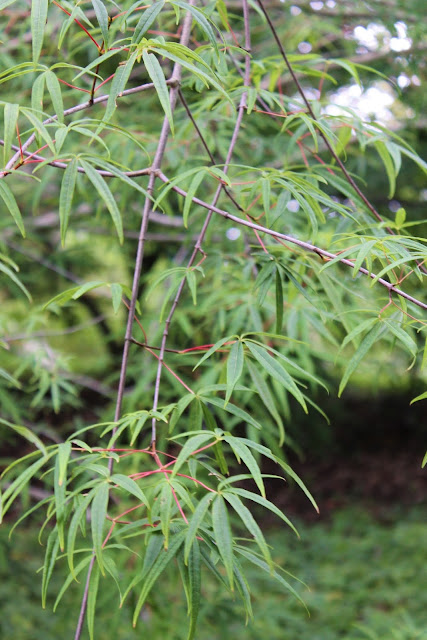 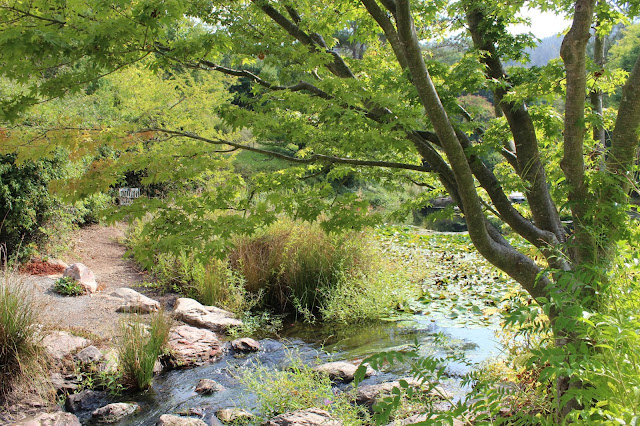 The focus of the garden is upon conservation and education. The staff works with the California Academy of Sciences, the Royal Botanic Gardens, Kew and other research organizations to preserve exotic and endangered Asian plant species threatened by rapid development and climate change. It conducts tours for local fourth and fifth grade students and tours, workshops and lectures for adult 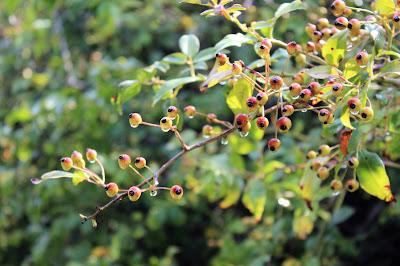 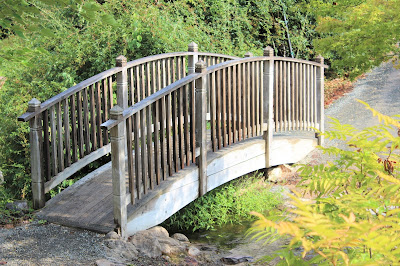 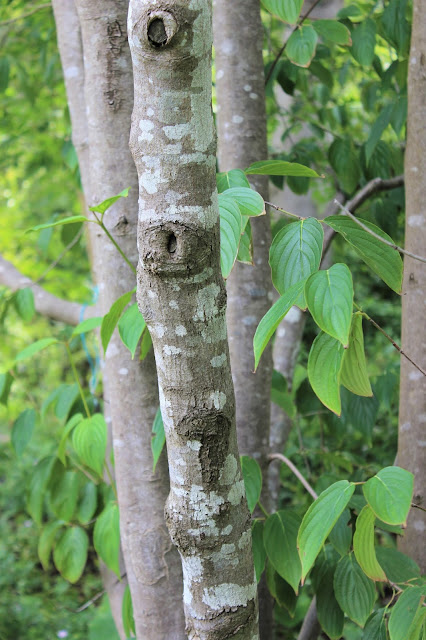 Founded in 1987 by the late Jane Davenport Jansen on part of her land, which she purchased in 1968 to escape the chilly, San Francisco summers, this breathtaking garden continues to flourish under the care of Bill McNamara, its main plant hunter, executive director and president, staff, volunteers and members. 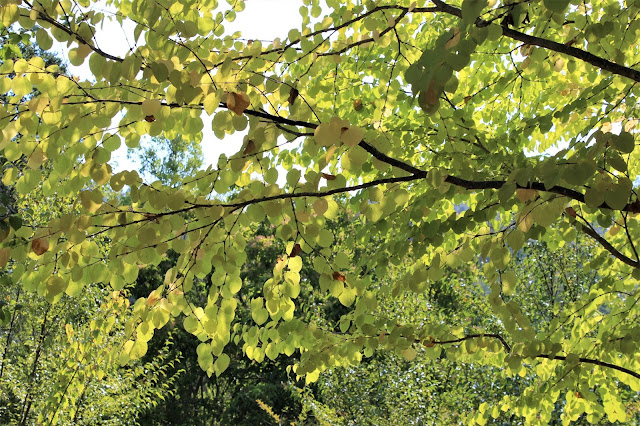 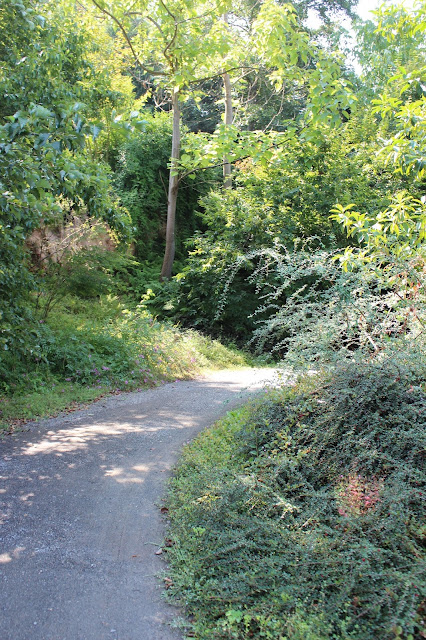 In the late afternoon, we headed over to Jack London State Historic Park to see the Transcendence Theatre Company’s production of  “Fascinating Rhythm,” part of its annual “Broadway Under the Stars” outdoor summer concert series. The sun cast a golden glow over the Beauty Ranch meadow as we listened to pre-show music and munched on tasty picnic fare from The Girl and the Fig.

The high-energy cast sang and danced through Broadway numbers and songs including “Arthur in the Afternoon,” “Greased Lightnin’” Andra Day's “Rise Up” and Billy Joel’s “Piano Man.” If you missed this concert, you can still attend the company's gala celebration, September 8-10, which promises more dynamic performances, community tributes, etc. 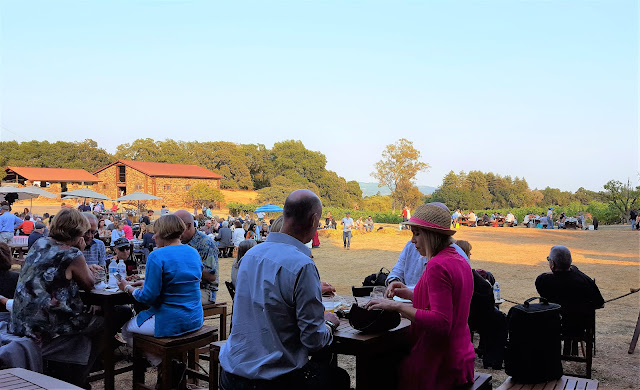 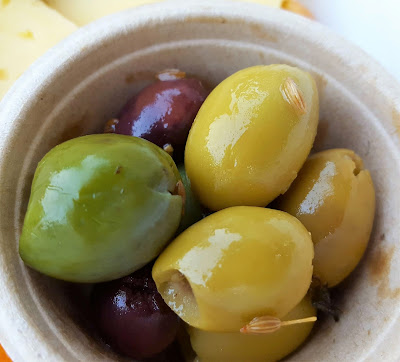 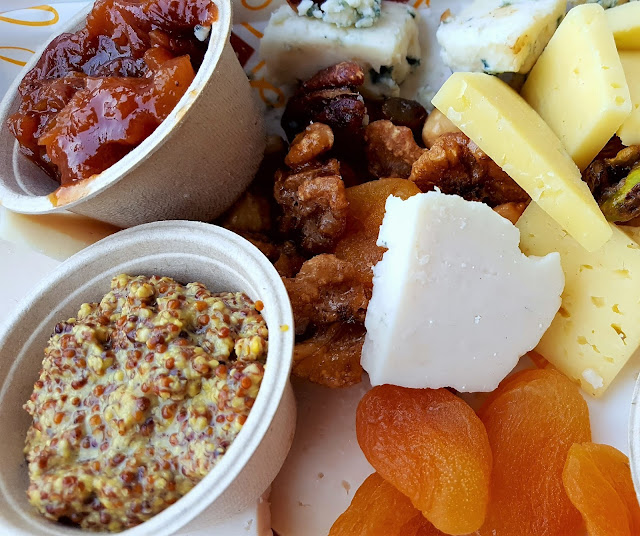 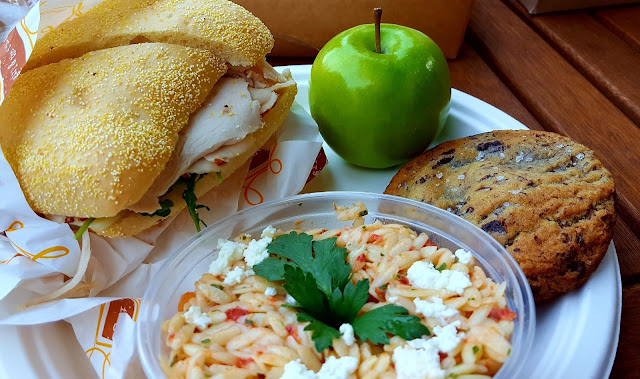 The next day we drove  to downtown Sonoma for brunch at The Girl and the Fig. 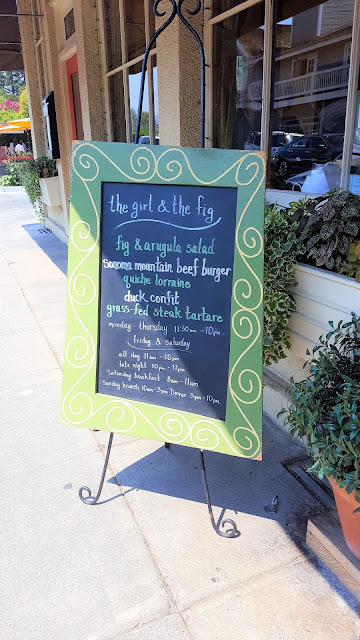 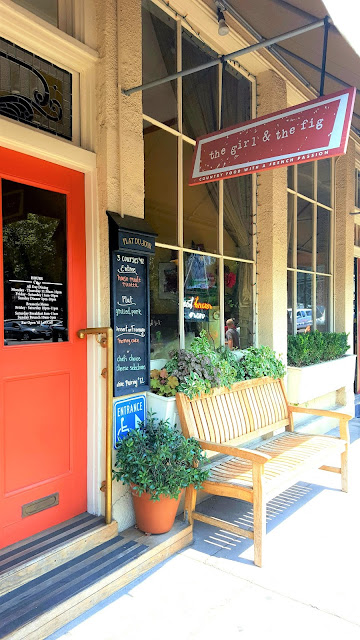 In the main dining room, we sipped fig royale aperitifs created with a house-made fig liqueur and French sparkling wine. 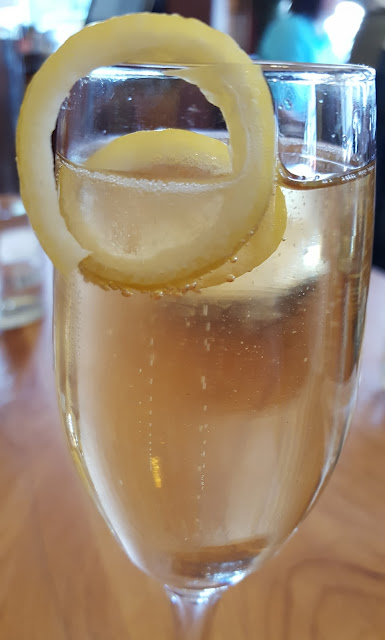 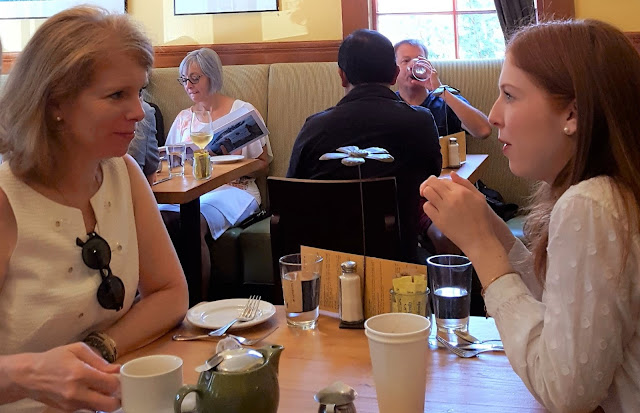 We rounded out the meal with hearty entrees. The first, a ham hash, made with roasted onions, bell peppers and crispy potatoes tucked beneath two fried eggs along with a swipe of harissa aioli. The second, a croissant sandwich, stuffed with fluffy scrambled eggs, cheddar cheese and thick strips of house-cured bacon, accompanied by a side of crunchy potatoes. 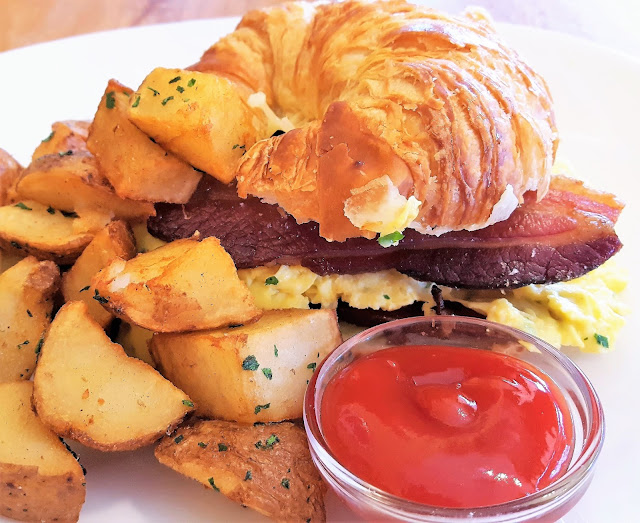 All in all, an enchanting weekend.

Posted by bayareaarts.blogspot.com at 5:44:00 PM No comments:

Works by women artists who helped build the Abstract Expressionist artists including Jay DeFeo, Emiko Nakano and Nell Sinton are currently on display at Foster-Gwin art & antiques in San Francisco.

Posted by bayareaarts.blogspot.com at 8:05:00 PM No comments: