Out and About: California Academy of Sciences, Golden Gate Park, San Francisco

At the California Academy of Sciences, spend the day observing creatures that inhabit four of the world's rain forests, admire the wonders of the sea and take a trip through space inside the academy's light-filled, glass-walled building housing the Kimball Natural History Museum, Steinhart Aquarium and the Morrison Planetarium. Renowned for its research and educational programs, the academy focuses upon 11 scientific fields, including anthropology and aquatic biology.

All photos by Stephanie Wright Hession and may not be reproduced.

People look down into this tank from the sea-horse-patterned railing, a fond remnant of the old Steinhart Aquarium, to watch an albino alligator lazing on a rock, while alligator snapping turtles paddle in the surrounding fresh water. Downstairs, an underwater window offers another perspective, and a separate tank nearby contains alligator gars. 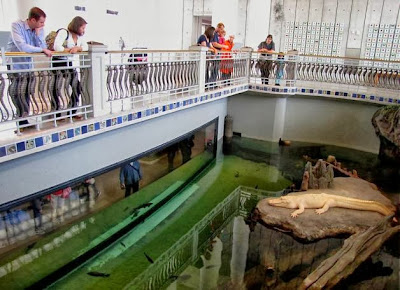 2. Rainforests of the World

A bird's call resonates through the humid air of this four-story, glass-sphere tropical rain forest. Its circular path winds past elements of rain forests in the Amazon River Basin, Borneo, Madagascar and Costa Rica, where birds and butterflies fly among visitors. 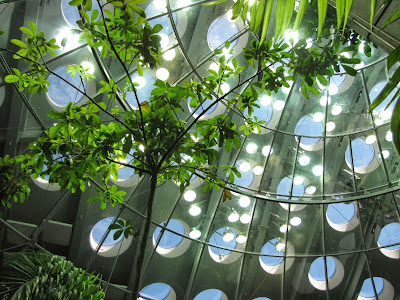 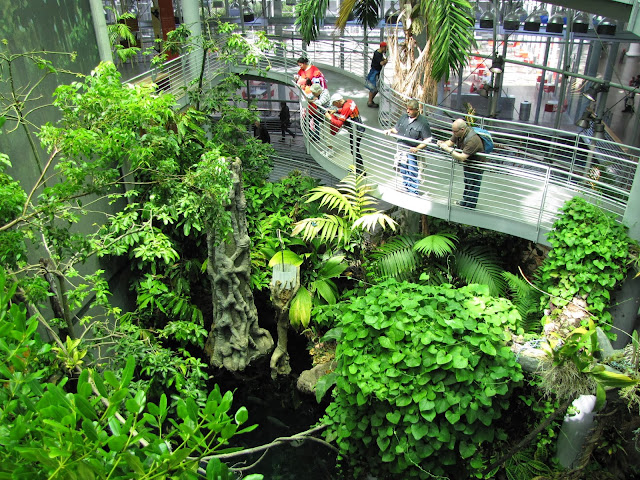 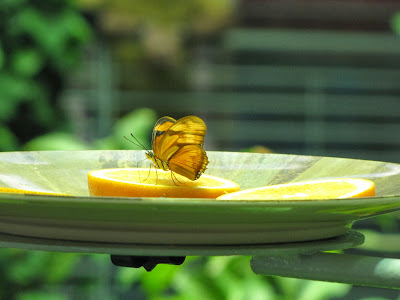 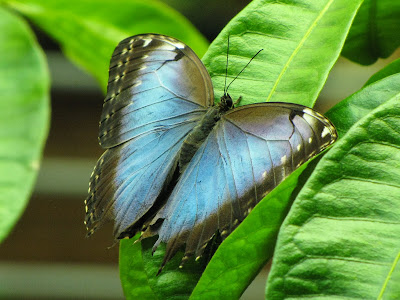 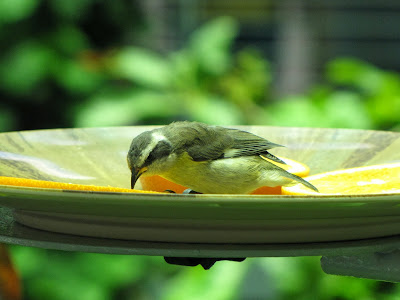 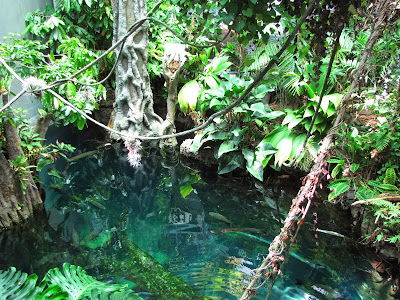 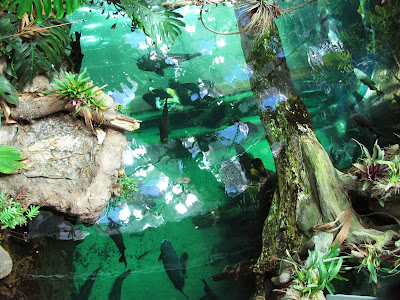 One of two gardens, it offers an inviting space to relax. Sit on one of the benches on its oblong lawn or eat lunch alfresco at the outdoor dining areas of the Academy Cafe, while surrounded by the beauty of Golden Gate Park. 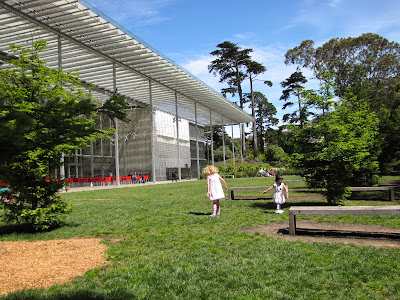 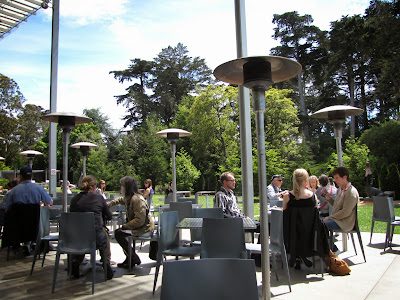 A glass elevator descends to the ground floor and the entrance to the Amazon Flooded Forest portion of the "Rainforests of the World." Here, mesmerized observers inside an acrylic tunnel view the underside of the sphere's Amazon River Basin, where massive catfish, arapaimas, other fish and turtles swim overhead. 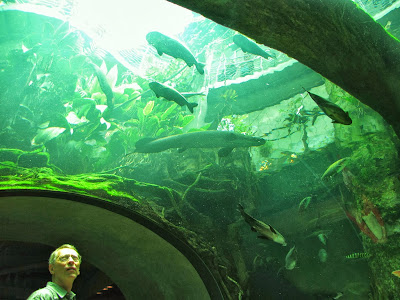 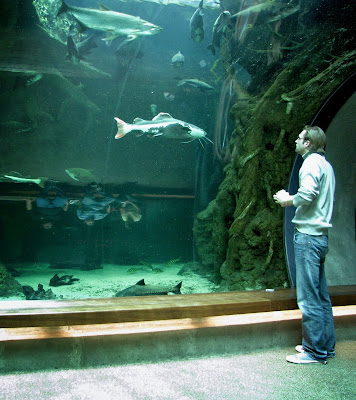 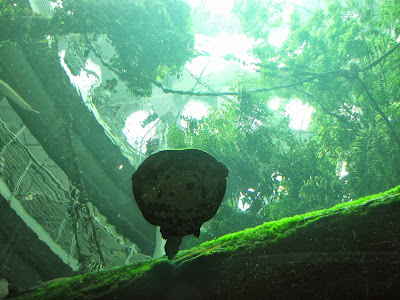 Brilliantly colored reef fish dart through the waters of the Philippine Coral Reef tank. Nearby, rock fish and other marine life native to the Gulf of the Farallon Islands navigate through seaweed in the Northern California Coast tank. Don't miss Water Planet, Discovery Tidepool and an African penguin colony, upstairs in the African Hall. 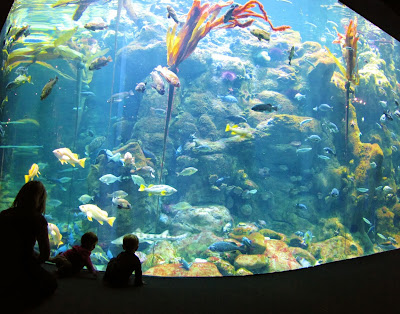 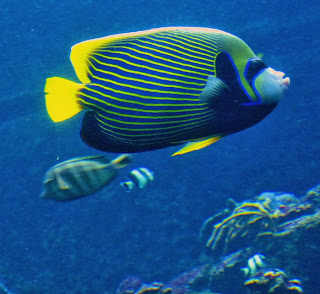 The benefits of this 2 1/2-acre undulating, living roof, planted with sea pinks and other native California plants, include a natural ventilation system utilizing the outside environment to cool the building's indoor spaces, an ability to absorb up to 3.6 million gallons of water and insulation that keeps it 40 degrees cooler than a traditional roof. 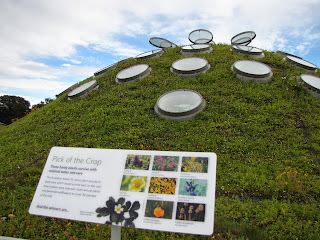 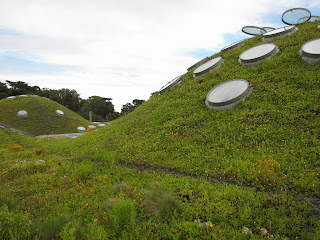